How Do We Seek First the Kingdom of God?

“Seek first the Kingdom of God and his righteousness and all these things will be added to you.” Matthew 6:33

This is probably a familiar verse, but what does seeking the Kingdom of God mean? How do we seek it “first”?

At one point in my life, I confess I was more about the second “and” in Matthew 6:33 and less about the “seek first.” Recently, however, I have been desperate to understand the concept of seeking God and what it actually looks like in daily life. Credit it to the process of sanctification, maturity, growth, curiosity – or let’s just face it, some hard times dealing with disappointment, betrayal and unmet expectations – but this concept has new meaning for me and I have been searching for answers.

Does seeking God mean waking up every morning making our first focus the Lord? Setting aside time for devotion and prayer in his word?

Perhaps, “seeking God” is the synonymous with seeking his kingdom. After all, he is the King of the Kingdom.  Is “seeking” making your life kingdom-centered?

In my life, do my thoughts, my goals, the way I parent and the way I minister keep the rule of a sovereign God and his purposes at the forefront? Do I approach the people in my care the way God would deal with his people? Do I seek to advance his name or my own?

As I’ve looked for answers to these questions, I came across an Old Testament king who gave me new perspective. King Jehoshaphat is introduced to us in 2 Chronicles 17 like this:

The Lord was with Jehoshaphat because he followed the ways of his father David before him. He did not consult the Baals but sought after the God of his father and followed his commands rather than the practices of Israel.

King Jehoshaphat literally chased after God. He would look for God’s presence and ask God to reveal his power and will, despite the severity of the Israelite’s circumstances.

For example, during King Jehoshaphat’s reign, the Moabites and Ammonites were coming against his army in battle. In the face of uncertainty, fear and an overwhelming sense of responsibility for his people, Jehoshaphat gives us this example:

Then Jehoshaphat was afraid and set his face to seek the Lord, and proclaimed a fast throughout all Judah. And Judah assembled to seek help from the Lord; from all the cities of Judah they came to seek the Lord.

Jehoshaphat demonstrates how to position ourselves to seek God. Not only did he begin a fast, but he asked all those around him to join in. Fasting is an ancient tradition that followers of God use to focus on God for a set time. As hunger pangs appear, they serve as reminders to pray and be still before the Lord, listening to him through weakness. King Jehoshaphat physically positioned himself to hear from the Lord and assembled others who were doing the same. He was seeking God for himself and also knew that God speaks and moves through the people around us.

He went on to worship God, saying: “O Lord, God of our fathers, are you not God in heaven? You rule over all the kingdoms of the nations. In your hand are power and might, so that none is able to withstand you.”

As King Jehoshaphat goes on with a worshipful reflection about the power of God, he comes to the ultimate place of seeking God:

“For we are powerless against this great horde that is coming against us. We do not know what to do, but our eyes are on you.”

Perhaps seeking first the Kingdom of God means we have to resolve that we cannot seek our own kingdom because we don’t have one. If God is the sovereign ruler of our hearts and minds, then there is no room for another queen or king. When we stand in awe of God as Jehoshaphat did, we can see that we truly are powerless. In that posture, we are given power by looking to God, who holds the universe in the palm of His hands.

How will you set your face to seek the Lord and his kingdom today? What does that look like in your life, right now?

Suzie Lind
Hey there, I’m Suzie Lind. Along with my husband and four sons, I recently relocated from Southern California to Nashville, Tennessee. I am a freelance leadership development consultant, a speaker and a writer on the ways we live, love and lead others in every day life. The things that bring me the most joy are my family and the people we do life with. I love soaking up the truth of God’s word and sharing with others the discoveries of his active presence among us. It’s an honor to be part of this collective of thinkers and practitioners at Trochia. Like you, we desire to grow in our knowledge of God and walk together in the freedom and grace he offers to all of us. You can learn more about my story on my blog www.suzielind.com and through my posts on Trochia.
You might also like
Fastinghumility
Read More 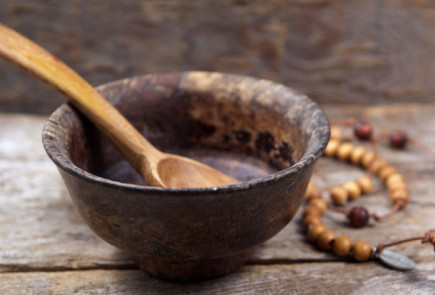