The Epic Story of the Bible, Part 4: Blessed to be a Blessing

by Richard KrejcirFebruary 16, 2015
2
Now Reading
The Epic Story of the Bible, Part 4: Blessed to be a Blessing

“And I will make of you a great nation, and I will bless you and make your name great, so that you will be a blessing. I will bless those who bless you, and him who dishonors you I will curse, and in you all the families of the earth shall be blessed.” Genesis 12:2-3 (ESV)

Isn’t this an incredible promise? God called Abraham from the mire of his daily life, from what was comfortable and safe to an epic journey. Abraham was an unlikely hero, called to be a patriarch of a new nation in a new land. This new land will transform humanity and bring forth a Savior.

Abraham had to leave all he knew and go by faith in God alone, believing in the blessing and promises of God.

Hebrews 11:8-12 says: “By faith Abraham obeyed when he was called to go out to a place that he was to receive as an inheritance. And he went out, not knowing where he was going. By faith he went to live in the land of promise, as in a foreign land, living in tents with Isaac and Jacob, heirs with him of the same promise. For he was looking forward to the city that has foundations, whose designer and builder is God. By faith Sarah herself received power to conceive, even when she was past the age, since she considered him faithful who had promised. Therefore from one man, and him as good as dead, were born descendants as many as the stars of heaven and as many as the innumerable grains of sand by the seashore.” (ESV)

Abraham walked by faith. He responded to God and trusted in God for a promise, a future inheritance. Abraham was a stranger in a foreign land, and an example of faith. He had complete confidence in God because God is trustworthy. Because of his faith and obedience, God declared him righteous and made him the quintessential representative for faith and righteousness (Genesis 11:31-32; 12:1-3; 16:1-4; 17-18; Romans 4; Galatians 3).

God works through people and places, he blesses us to be a blessing to others.

God comes into the life and times of Abraham and gives him purpose as the father of faith. The Great Nation, the blessing of Abraham is called to tell the story of God. The people of Israel became a great nation that still survives thousands of years later, like no other that has ever existed.

This is the birth of Israel, a chosen people with a purpose. They are called to know the One True God and model His instructions to the world as they pass through Canaan, later called Palestine. God sets up the Israelites in the most crucial land on this planet, as people still fight over that small tract of land thousands of years later. Every people group on earth sends their tradesmen, merchants, and military through it. Whoever controlled this ancient realm also controlled the world’s trade routes and commerce of the entire world, and God set up his people as the signpost to his holiness and presence.

I will bless you; to be a blessing. All peoples on earth will be blessed through you.

This is the Promise. This is a covenant of God to the Jews first, and then to all of humanity: be faithful and I will bless you.

When God promised to bless Abraham, he had no sons, no children at all, and his wife Sarah was barren. Yet by faith, he would have sons when he thought it was hopeless and lost. God will work in his life and generations to come. His first son came with the promise of grace and laughter, and Isaac continued the mission of God through his people.

Abraham demonstrates faith in God and reminds us that we also have hope and life in Christ! “God will bless you; you will be a blessing – all peoples on earth will be blessed through you!” What an amazing honor to be welcomed into God’s family, blessed and able to bless others as we follow him.

How does Abraham’s story of faith inspire you? How can you be blessed to be a blessing today?

Richard Krejcir
Hi there, I'm Dr. Krejcir, the Founder and Director of “Into Thy Word Ministries,” (www.intothyword.org) a missions and discipling ministry. I'm also the author of several books including, Into Thy Word, and A Field Guide to Healthy Relationships. I'm a pastor, teacher, husband and father, and a graduate of Fuller Theological Seminary in Pasadena, California (M.Div.) and I have a Doctor of Philosophy in Practical Theology from London, England (Ph.D). Blessings to you!
You might also like
AbrahamDr. Richard KrejcirBible
Read More 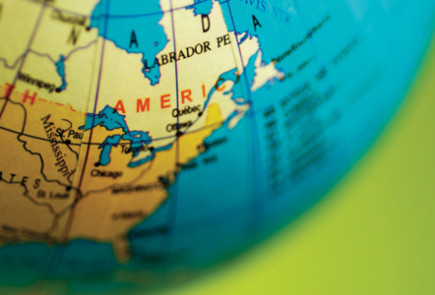 “I will bless you, to be a blessing” God’s Promise to Abraham in Genesis 12
Read More 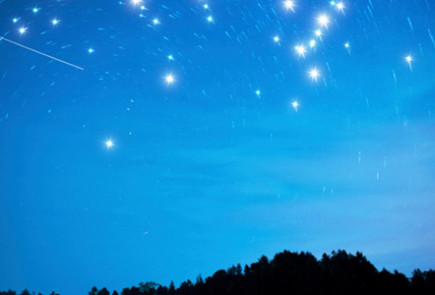