“Dear Jesus,” my seven-year-old spoke at the dinner table last night. She broke into prayer, almost interrupting my husband’s “amen” after he had finished blessing the tacos. “Dear, um, God…” she continued, “please bring Lily back to live here. We love her so much. And all of them. Okay?”

She looked up at me, picking up her fork to eat.

“Oh, and Amen.” She closed her eyes again briefly.

My husband looked over with pain in his eyes. Our friends were moving away and had left last week on a cross-country road trip to their new home. Naomi’s little friend, Lily, was not coming back. Although we would visit, it wouldn’t be the same as it had been.

He spoke to her, “you know, honey, they aren’t coming back.”

Her eyebrows scrunched up in an aching look. “I know, Daddy.”

“I know, Daddy.” She had said, but she prayed anyway.

I wonder if this is the faith Jesus talks about when he tells us that we need to come like a child, that the kingdom is filled with those who have innocent faith.

In Luke 18, Jesus invites the children to be blessed and the disciples rebuke them as they come. How dare they? They might have whispered to each other. Children? He can’t waste his time with children!

But Jesus doesn’t waste anything, nor does he see the children’s approach as an imposition.

“Unless you receive the kingdom as a child, you will never enter it,” he tells them.

This kind of faith is kingdom faith. But much of the time, we operate in a kind of adult-Christian-realism that borders on Pharisaical.

We often let this idea that “God can’t because God hasn’t” idea invade our minds that our hearts stop believing in the bigness and the all-powerfulness of God.

Can God heal? Yes, he can. Does God intervene in impossible situations? All the time. Does God move the hardest of “mountains,” the human heart? Absolutely.

But we don’t pray in this way because we’ve grown up too much.

Will my daughter’s little friend move back? Probably not. But it doesn’t hurt her to pray with faith. Instead, it’s good practice. Even more so, it doesn’t hurt us to watch and take note.

It would also be a good thing to begin to pray for love as big as a child’s, hope as far as a child’s reaches, and faith as long as that of a little girl who misses her best friend.

Sarah Markley
Sarah Markley is the mother of two daughters and a wife to an amazing husband of seventeen years. She’s been writing all her life but has been blogging for the last six and a half. She writes regularly for A Deeper Church and is a staff writer for {in}courage.me. Sarah loves extravagant grace, second chances and knows firsthand what it’s like living in a post-crisis marriage. She is currently working on her first book and is represented by the Don Jacobson Agency. Besides Blackflower and Co Chai tea steeped in almond milk, she loves listening to your story. She blogs nearly daily at www.sarahmarkley.com.
You might also like
faithPrayerLife
Read More

The Proof of Genuine Faith: What We Do Matters to God
Read More

Who is God’s favorite? What the Bible says about favoritism.
Read More

Where Sin is Born
Read More 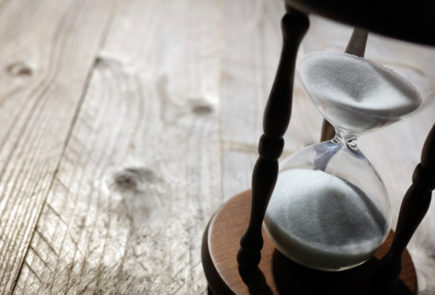