With the help of Betty Crocker and her fudge brownie mix, I am told I make the world’s best brownies. They are so popular, I make two boxes at a time. They usually disappear shortly after they come out of the oven and before the wonderful aroma of warm chocolate leaves my kitchen. Of course, I am eager and quick to share with others how I make them, “I follow the directions on the back of the box, exactly.” There is no trick to making good brownies, just follow Betty Crocker’s directions.

When it comes to making brownies, my passionate advice is received with confidence. Already many of my friends make brownies as good or better than mine. It’s easy for me to tell others about Betty Crocker and how to make good brownies. But it’s not always easy for me to share about my faith in Jesus with people who do not believe in him.

For some evangelism comes easy, but for me it takes more work. Don’t get me wrong. I am passionate about my faith! I am enthusiastic to talk about it with other Christians. But I also respect people of other faiths and I do not want them to think I am shoving something on to them. When they ask me about my faith, I sometimes get so nervous I fumble the words and talk like a babbling fool that makes little or no sense.

As a Christian, I want to live out all that Jesus taught.

Jesus calls each of his followers to be his witnesses, to share the good news of his saving love, to tell others about him and the gift of freedom he brings. He is the hope the world desperately needs.

I think we can learn a lot from how the apostle Paul represented Jesus. I hope that you and I will both be empowered to do as he did.

After Paul believed in Jesus, he was motivated to share the good news with others. On his evangelism travels, Paul arrived in Athens. For the longest time, Athens was the center of the world. When Paul comes to Athens, it’s no longer the political center because now Rome is in charge. However, it is still the religious and the intellectual capital of the Roman Empire. Many of the greatest philosophers and thinkers of all time taught and lived in Athens. You may have heard of some of them: Socrates, Plato, Aristotle, Epicurus, and Zeno. Let’s just say, it was an intimidating place to share your ideas.

Paul saw all of the idols in Athens, where is said there were about 10,000 people living in a one-mile radius, but there were 30,000 idols. All of the idols demonstrated a deep hunger for God in this community. Paul’s heart breaks for them. We’re told he was greatly distressed at what he sees and he began to speak about Jesus everywhere he could.

He found himself in the marketplace where all of the people would gather, and there he talked about Jesus. While doing so, he bumped into some Epicurean and Stoic philosophers who questioned him about his beliefs. They decided to bring him over to the council at the Areopagus. Paul stood in front of all of these debaters and great thinkers who did nothing more than to think about the greatest ideas and discuss them. Paul, by himself, had to share the good news of Jesus Christ.

That would stress me out! Paul is unafraid, though. He is not embarrassed or taken aback by this. Instead, he notices a shrine to a god who is unknown. Paul saw this shrine as an opportunity to declare who this God is. Paul starts by telling them about their creator, perhaps drawing from Genesis 1:1: “In the beginning God created the heavens and the earth.”

Acts 17:24-25 says, “The God who made the world and everything in it is the Lord of heaven and earth and does not live in temples built by human hands. And he is not served by human hands, as if he needed anything. Rather, he himself gives everyone life and breath and everything else.”

The Bible says we’re an idol-making machine. Our hearts are constantly making idols. Every idol we make demands a whole lot from us and gives very little back. These idols the Greeks created required constant sacrifice and gave nothing because they were just dead things, but God is the one who provides. Today, we are no different. We create the idols of success, business, beauty, health, and so on. Yet, our deepest needs are not met by our idols but by God. Philippians 4 says, “And my God will meet all your needs according to the riches of his glory in Christ Jesus.”

In verse 17:26, Paul says, “From one man he made all the nations, that they should inhabit the whole earth; and he marked out their appointed times in history and the boundaries of their lands.” This would have been a shock to the Greeks because at the time, in the Roman Empire, the Pharaoh was the king, the god. You would not say someone else was the ruler. We’re still that way, aren’t we? We want to have control, and we don’t like the idea that God is the one in control.

Next, Paul tells the people that even though God is all-powerful and in control, it is God’s desire to extend life abundant to every single person.

Acts 17:27-31 tells us what Paul said: “Yet he is actually not far from each one of us, for ‘In him we live and move and have our being’; as even some of your own poets have said, ‘For we are indeed his offspring.’ Being then God’s offspring, we ought not to think that the divine being is like gold or silver or stone, an image formed by the art and imagination of man. The times of ignorance God overlooked, but now he commands all people everywhere to repent, because he has fixed a day on which he will judge the world in righteousness by a man whom he has appointed; and of this he has given assurance to all by raising him from the dead.”

Look at how Paul presents the one true God – the Creator, the sustainer, the provider, the ruler, and the forgiver. He shares about Jesus and treats people both with compassion.

With a heart of love and without fear, he tells them that our God is who they’ve been looking for. This is such an inspiring example to me. I want to offer people a view of God that is truthful but approachable to their culture, just as Paul did. As good as my brownies may be, nothing is more fulfilling than sharing the good news of Jesus with others.

What is easy for you to share with others?

How can you follow Paul’s example and share Jesus with the people in your life this week?

Ines Franklin
Ines Franklin is the president and founder of Trochia Ministries, an online Christian discipleship ministry. She is a lay teaching pastor at Mariners Church in Irvine. Ines completed a Master of Divinity at Fuller Theological Seminary. She is also a graduate of The Masters Program, a member of The Barnabas Group, and board member of Relevate Group Inc. Her experience includes business management, sales, marketing and paralegal services. Ines is passionate about spreading the Gospel, caring for the poor and helping Christians mature in their faith. She regularly shares her personal testimony of God’s grace and redemption. Ines mentors young women and leads a women's Bible study group. Ines and her husband Jim live in Irvine, California and have a blended family of five children and six grandchildren.
You might also like
Actsevangelism
Read More 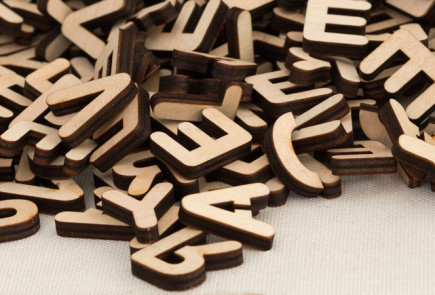