Is grace free, or is there a fee? This is a tough question to answer, as there seem to be some contradictions in Scripture. For instance, Ephesians 2:8 says, “…by grace you have been saved through faith…” Romans 6:23 says, “…the [free] gift of God is eternal life…” But in Luke 14:27 Jesus says, “Whoever does not bear his own cross and come after me cannot be my disciple.” So what’s up? Is grace free, or is there a fee? To clear this up, we need to answer four questions about grace.

1. What is the definition of grace? My wife and I got to see little Gabby Douglas, the gold medal gymnast, at the Olympics this summer in London. We couldn’t help but use the word grace in describing her movements on the gym floor. People ask for traveling grace, talk about falling from grace or being under grace.

But what is grace to the believer? Jacob Arminius preached something called prevenient grace that says our free will accepts or rejects God’s offer of salvation, as opposed to John Calvin’s teaching on irresistible grace that says the elect were predestined for salvation. Both positions agree, though, that grace is God’s favor, his unmerited favor, his free gift.

People don’t trust things that are free. I saw on TV where I could get nine free CDs. I took the bait. I ordered them, but I got 20 CDs in the mail and I got a bill. It’s hard to trust “free” anymore. That’s the reason people have a built-in resistance to grace. They say, “There must be a catch. It can’t be free. I should have to do something.” But the definition of God’s grace is his unmerited, unearned favor.

2. What is the value of grace? Ephesians 2:8 says, “…by grace you have been saved…” From what? From death to life. Is that enough value for you? Romans 5:1 says, “…we have been justified…” That’s a legal term which means the judge has pardoned us and treats us as if we’ve never sinned. We have peace with God. That’s enough value for me. Ephesians 1:5 says we’re adopted into God’s family. Talk about the value of grace. His grace is amazing and saved a wretch like me. I was on a collision course with disaster and destruction, but by grace I’m a new man.

3. What is the cost of grace? Who paid for all that value? Somebody said, “Grace, G-R-A-C-E, is God’s Riches At Christ’s Expense.” The price was incalculable on several levels. First, it was the price of his condescension. God, the Creator of the universe wrapping himself up in human flesh and coming to earth. Christ gave up some of his divine prerogatives and took on the limitations of humanity.

Then there was the pain physically. Beaten with a cord of lead and glass, fractured ribs, a crown of thorns, and carrying a cross weighing about 100 pounds for about 600 yards up to Golgotha. Six-inch spikes driven through his hands and feet and a spear thrust into his side. The physical pain was excruciating. Plus, there was the emotional pain. He was hated. He was mocked, rejected by the Jews, spit on by the Roman soldiers, and abandoned by the guys who walked with him every day.

Finally, there was the spiritual pain, the weight of the sin of the world being placed on him. Second Corinthians 5:21 says, “He made him who knew no sin to be sin on our behalf…” Wow. The definition of grace: unmerited favor. The value of grace: freedom from the penalty and power of sin. The cost of grace: incalculable and incomprehensible.

4. Finally, what is the expectation of grace? Have you ever given somebody a gift and they didn’t say, “thanks”? At the very least, grace expects thanks. Many of us say thanks but don’t show thanks.

Too many Christians think grace is a call to complacency, an excuse for an undisciplined lifestyle. The Devil convinces people, “Hey, you’re saved. You don’t have to change anything. You have your ticket. So dress the way you want to dress. Watch any movie you want to watch or garbage TV show you want to watch. Listen to any music you want to listen to.” We blend into the culture, and then we use grace to justify it. After all, we’re covered by the blood of Jesus.

But grace should not put us to sleep spiritually. It should energize us and motivate us to express our thanks to God by our obedience to him. Christianity is not just about saying, “I believe,” or walking down the aisle at the pastor’s urging. My mom and dad were putting pressure on me, so I walked down the aisle one Sunday and got baptized at 12 years old. I went down a dry sinner, and I came up a wet sinner. No change at all in that.

But grace expects transformed believers to behave differently. Thank God I was later transformed. Jesus said the true believer denies himself and follows him, in Luke 9:23.

See now that we’re saved by grace, grace expects us to wake up to loving one another, to forgiving one another, to spending time in prayer and in his Word, to serving one another. We have to get to work. First Corinthians 3:9 says, “…we are God’s fellow workers…” Ephesians 2:10 says we were created in Christ Jesus for good works.

Is grace free, or is there a fee? God’s saving grace is totally free, but because of its tremendous value to us and its infinite cost, it expects our obedient, disciplined “followship.” Want to hear, “Well done, good and faithful servant”? (Matthew 25:21) Be a disciplined follower, a servant of Jesus Christ, living in the fullness of grace.

Listen to this podcast here

Fred Gladney
Hello friends, I'm Fred Gladney. After years in the tech world, I now own Trinity Consulting, a sales and management consulting firm specializing in the assessment and optimization of sales organizational structures. I have a B.S. in Math from California University of Pennsylvania and has participated in management development programs at Harvard and Princeton Universities through IBM. In addition to serving on the board at Trochia Ministries, I'm on the board of Far East Broadcasting Company, a non-denominational international Christian radio network. I'm active in my church as an Associate Elder, Bible teacher and lay leader. I live in Southern California with my beautiful family and enjoy podcasting for Trochia in my free time.
You might also like
CostFred Gladney
Read More 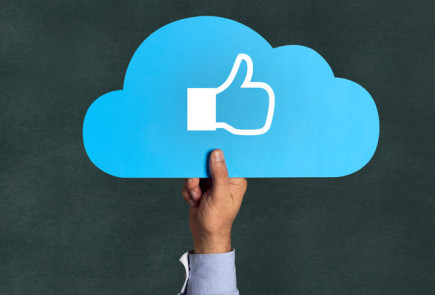 Shining Like Stars: Counting the Cost
97 Comments
Leave a response