Most of us don’t want to spend time thinking about the question, “Who am I?” Maybe you’re like me and you’ve had a crisis that wakes you up in the middle of the night. In that moment, when we’re most and honest and vulnerable, we question ourselves. But most of the time, we’d rather not think too much about who we really are. We tend to ignore the question of identity, because it can feel uncomfortable or overwhelming, but I think that’s a mistake. I think our identity through Jesus Christ is a great gift and in fact, the Bible tells us we should become what we already are in Christ.

Our identity has been secured, but we tend to forget it. That’s why I wanted to write this post today, because I think it’s important to reset ourselves, remind ourselves of who we really are, and ground ourselves in our true identity in Jesus. If we don’t, we won’t be effective for God’s kingdom.

Today I found three truths about our identity in God’s Word.

First, we belong to God. “I am the Lord your God, who brought you out of Egypt to give you the land of Canaan and to be your God.” Leviticus 25:38

We are God’s people. This truth is told to us over and over throughout the Bible. 1 John tells us, “See what great love the Father has lavished on us, that we should be called children of God! And that is what we are!”

“But you are a chosen people, a royal priesthood, a holy nation, God’s special possession, that you may declare the praises of him who called you out of darkness into his wonderful light. Once you were not a people, but now you are the people of God; once you had not received mercy, but now you have received mercy.” 1 Peter

A chosen people. We belong to him because he chose us, not because we choose him. He chose us, and it emphasizes that we are now part of his forever kingdom. The words Peter is using here are images about identity from the Old Testament. Those terms used to apply only to Israel, but now they apply to you and me today, so it’s so important to remember our identity, as God’s chosen people.

Second, our identity is a paradox.

Galatians 2 says: “I have been crucified with Christ and I no longer live, but Christ lives in me. The life I now live in the body, I live by faith in the Son of God, who loved me and gave himself for me.”

Time and time again in the New Testament, we see we’re supposed to see ourselves as dead but alive. This is a strange word picture and it’s meant to illustrate this paradox: Scripture tells us we are dead to our sins, that our old ways are now dead and we are being made new, like Christ.

Peter puts it this way. He says, “He himself bore our sins in his body on the cross, so that we might die to sins and live for righteousness; ‘by his wounds you have been healed.'” Romans 6 says, “…as Christ was raised from the dead through the glory of the Father, we too may live a new life.”

We live, but we are dead – this is a paradox. The world doesn’t get it, and I understand why.

Because if they are not living this way, it’s hard to understand what Christians are talking about. As Christians, we have to stop thinking we’re going to fit in, because the world will never understand the idea of letting some things die.

As we let our old selves die, God changes us and makes us more and more alive in him. We no longer have to live in shame for the things that are dead. Instead, we can live in freedom and victory in the life that has been bought at a high price for us.

Third, our Christian identity is distinctive. We are created to be different. Leviticus 11: “I am the Lord your God; consecrate yourselves and be holy, because I am holy.”

Consecrate. Sanctify. Stand firm on your identity, your distinct identity in Christ. It’s a gift. He expects us to leave behind our old way and take on a new way.

Ephesians 4 says: “You were taught, with regard to your former way of life, to put off your old self, which is being corrupted by its deceitful desires; to be made new in the attitude of your minds; and to put on the new self, created to be like God in true righteousness and holiness.”

Put on a new self. You have been made new. Believers, we’re in the world but we’re not of the world. We’re not going to fit in if we really are living our identity in Christ. Why? Because we have been created to be set apart, and not for our own benefit alone, but that from that distinctive identity we can be a blessing to the world.

We are called to be holy. I know the first thing we think of, especially a perfectionist like me, is, “I have to be perfect. I have to really behave and do certain things.” That’s not what it is. That’s not what he means.

1 Peter says, “As obedient children, do not conform to the evil desires you had when you lived in ignorance. But just as he who called you is holy, so be holy in all you do; for it is written: ‘Be holy, because I am holy.'”

We do most for the world when we are least like it, when we are set apart, when we allow ourselves to be all God created us to be (distinct, chosen, loved and fully alive). When we live in a holy, set-apart way, as followers of Jesus, we bring power into the world. Through Jesus, we can bring healing, hope and comfort to others.

Today, let’s embrace our identity as loved children of God. We are paradoxical, distinctive and chosen. Remember who you are, and let that identity spill out of you and help others.

Spend some time journaling about your identity. Compare how you see yourself and the truth of how God sees you, and try to live today in your true identity as a chosen child of God.

Ines Franklin
Ines Franklin is the president and founder of Trochia Ministries, an online Christian discipleship ministry. She is a lay teaching pastor at Mariners Church in Irvine. Ines completed a Master of Divinity at Fuller Theological Seminary. She is also a graduate of The Masters Program, a member of The Barnabas Group, and board member of Relevate Group Inc. Her experience includes business management, sales, marketing and paralegal services. Ines is passionate about spreading the Gospel, caring for the poor and helping Christians mature in their faith. She regularly shares her personal testimony of God’s grace and redemption. Ines mentors young women and leads a women's Bible study group. Ines and her husband Jim live in Irvine, California and have a blended family of five children and six grandchildren.
You might also like
ChildrenChristianBlog
Read More 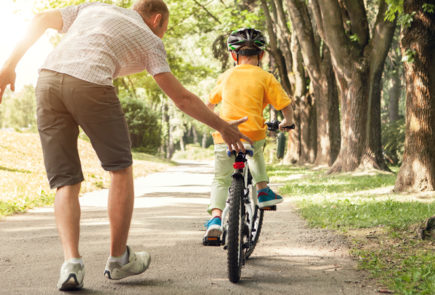 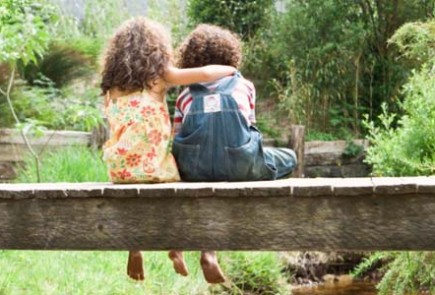 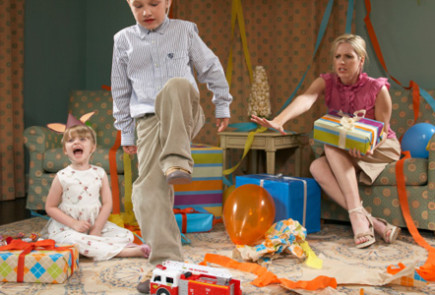 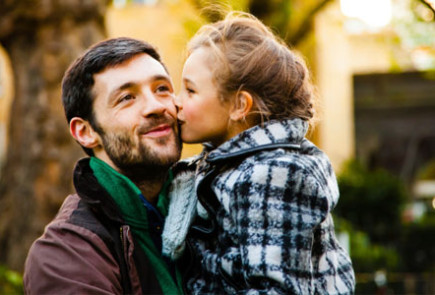 Three Tips To Help You Share Your Faith With Your Kids (Christian Parenting Series, Part 1)
Comments
Leave a response