Soup Campbell and the Unlikely Disciple

by GuestWriterNovember 5, 2012
20
Now Reading
Soup Campbell and the Unlikely Disciple

This guest post was contributed by Kennon Vaughan, founder and director of Downline Ministries, a ministry that seeks to encourage a restoration of biblical discipleship in and through the local church.

I had been a Christian for 10 years, and in vocational ministry for three years, but I still didn’t feel like I really knew God’s Word. I was hungry for so much more than I had found in my walk with Christ and yet I didn’t know how to access the beauty of the Gospel-centered, Spirit-filled life. I heard about it, I read about it, I thought about it a lot, but I felt I just couldn’t figure it out on my own. The language in the Scriptures of abiding in Christ and He in me were so inspiring, so filled with hope, and yet I felt discouraged, even lonely.

It was at that time I invited Roy “Soup” Campbell to speak to a gathering of Christian students to prepare them to live as ambassadors of Christ on the college campus. Soup is an African American man with a strong Southern accent and a profound knowledge of God’s Word. When he arrived that evening, he started speaking directly from Scripture, out of John 15.

His knowledge of the Word was so rich, and his relationship with Jesus reeked of intimacy. I yearned for what he had.

I made the assumption that Soup must be teaching the Bible often in the city, and at the end of his presentation, I asked him if I could come to one of his Bible studies. To my surprise, he gave me his phone number instead and told me to call him the next day. When I called, he invited me to his house at 5 a.m. the next morning. Soup’s “crib” is in a poor area of Memphis, and I admit being quite nervous as I rolled up to his house in the darkness of the wee hours. Soup was waiting for me in the front yard, and as we sat together on his concrete front porch, he offered me a challenge that would change my life: “You and I come from two different worlds. I don’t care how smart you are. I don’t care how talented you are. All I care about is whether or not you can be faithful, and if you can, I will show you how to be a man of God.”

I knew I wanted whatever he was offering, no matter how much work it took. For the next three years, Soup met with me on Tuesday mornings at 5 a.m. and we studied the Word of God together. Soup also did something else, something no one else had ever done for me. He invited me into his life. He let me spend time with him, and he made it clear that I was welcome almost anytime to be a part of his life as he engaged in ministry, interacted with his family, spent time with the Lord, planned events, watched ballgames and went on trips.

During these formative years, I learned how to share my faith not by reading a book on evangelism, or hearing about it in a sermon, but by being with Soup as he shared his faith in restaurants, with neighbors, and on the basketball courts behind his house on summer nights.

I learned how to cultivate a marriage full of life, laughter, and intimacy not through a magazine or talk show, but by being with Soup as he doted on Mrs. Linda, and spoke to her kindly, and treated her with the utmost respect. I developed a heart for the nations not through a missions class at the local seminary, but by following Soup’s lead and going overseas to El Salvador, East Asia, and Madagascar. And I learned that no one, and I mean no one, can serve up chicken wings, turnip greens, and cornbread quite like Mrs. Linda, Soup’s “sweet brown sugar.”

As you can imagine, over the course of the next few years, Soup became like a father to me, a spiritual father I had never had. He loved me enough to invest both his life and the truth of the Gospel into my life in the context of authentic relationship. I got to see and experience the life of a man who loved Jesus passionately and knew a depth of life in Christ that I only read about in the Scriptures. He didn’t simply teach me what the Bible had to say about being a Godly man. Rather, he showed me, exactly as he said he would do, and I am forever grateful.

I began to realize that what Soup did with me was common in the early church, and is present throughout the New Testament. It’s a process known Biblically as discipleship. When Jesus called the 12, He simply said, “Follow Me.” He knew that true discipleship invites the disciple (follower and learner) to be with the teacher in every way. In the context of real relationship, truth and life are transferred and Christ-followers are forged. This was the model of Christ Himself, and the model that the early church followed closely. The church made disciples who made disciples who made disciples, and the Gospel flourished.

It didn’t take long until I realized just how special the relationship I had with Soup really was.

I had friends asking me to introduce them to Soup. I had others asking me how I was learning so much and growing so quickly in my walk with Christ. And so one day, I asked Soup, “Where are all the other Soup Campbell’s in the world?!” To which Soup responded, “That’s the million dollar question! Why don’t you do some work on that and let me know.”

I decided to do a little research, and the answer to that question became the genesis of a global movement. Through Downline Ministries, inspired by Soup and his influence in my life, I’ve become committed to seeing a restoration of Biblical discipleship in the church.

In my next post, I’ll share how God changed my heart from simple curiosity to an active desire to create partnerships and disciples around the world.

For more information on how to be a disciple or become a disciple-maker of Jesus Christ, check out www.downlineministries.com and read about the Downline Institute Online. Also check out the first of its kind customizable curriculum resource, Downline Builder, at www.downlinebuilder.com

Kennon Vaughan is founder and director of Downline Ministries, a ministry that seeks to encourage a restoration of biblical discipleship in and through the local church. Kennon speaks powerfully to the heartbeat of the Great Commission and loves to offer training on both the principles and practical of making disciples in the contexts of home, church, and marketplace. He can be followed on Twitter at @kennonvaughan. 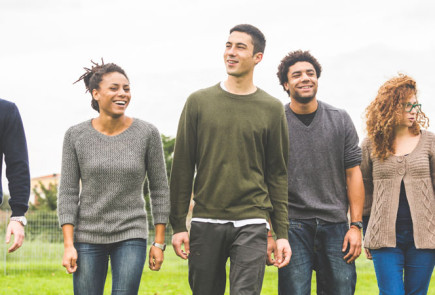 Making Disciples of the Next Generation
20 Comments
Leave a response