Making Disciples of the Next Generation

by GuestWriterNovember 19, 2012
144
Now Reading
Making Disciples of the Next Generation

This guest post was contributed by Kennon Vaughan, founder and director of Downline Ministries, a ministry that seeks to encourage a restoration of biblical discipleship in and through the local church.

In my first post I shared how my discipleship journey with Soup Campbell was beginning to change how I viewed my faith – but now I was wondering where the other “Soup Campbells of the world” were. I had felt the power of his lifestyle teaching with me, and so I was on a mission to find out if there were other men and women who were investing their lives and the Gospel into the next generation. I decided to start in the churches.

Over the next couple of months, I set up interviews with twelve of the leading pastors in our city (Memphis). As I sat down with each one, I shared my experience with Soup, and then asked them to help me understand Biblical discipleship. Once they heard my story, they all pointed to Soup’s sharing of his life with me as a great example of true Biblical discipleship. In fact, they went so far as to tell me how blessed I was to have him in my life. While I found this affirming, I went on to ask whether this from of lifestyle discipleship was happening in their churches, and the response I got was staggering.

Not one of the pastors gave me a positive response. They told me that they have very few members, officers, or even staff who are intentionally making disciples the way Soup was with me. They explained to me that this had become a lost art, and expressed their sincere remorse that true Biblical discipleship had become such a weakness in their church, and in the Western church at large.

As you might imagine, I was quite overwhelmed. I went back to Soup with my findings and said in desperation, “We’ve got to do something!” To which Soup challenged me to pray and think carefully about my plans to “do something”.

I didn’t have much of a plan, just a burden to see men and women of God walking alongside the next generation. I desired to see the students I was ministering to have the privilege of the kind of lifestyle teaching I had experienced with Soup, and I wanted my friends, mostly young couples, to have the chance to sit across the table and build relationships with older, wiser Godly couples who could serve as north stars in their marriages. I desired for non-believers across our community to not just hear about the joy of the Christian life but to see and experience it up close and personal in relationship with believers who were willing to share life with them.

As it sometimes happens, God did not immediately answer my prayers or help my plans to form. But the burden in my heart for a return to Biblical discipleship in the church only deepened, and my prayers continued, until three years later I sat in the office of Professor Howard Hendricks, a prominent seminary professor who heard my story and challenged me saying, “What you are talking about is the bulls-eye of what is wrong in the Western evangelical church today. Maybe God is calling you to do something about it.”

I was a student at the time, and I asked what he suggested, to which he quickly and wisely responded, “I’m not the fourth member of the Trinity young man, but ask the Lord and He will lead you.”

So, I began asking the Lord specifically what He might have me do to encourage a strengthening of discipleship in the local church. A few months later, I had my answer: what if the pastors who recognized discipleship as a weakness in their church came together to train leaders who could then encourage disciple-making back in their local church contexts. The training would be spartan in its approach, seeking to teach men and women to know the Bible and to be able to intentionally and effectively make disciples according to the model of Jesus Christ in the Scriptures. In order to walk in Biblical discipleship, we have to know what Jesus meant when He said “Go and make disciples” and how to do it!

In 2006 we launched the Downline Institute to train Christ-followers to make disciples. We had 30 hungry students from 11 churches in that first year, and the experience was beyond our expectations. Lives were changing, paradigms shifted, and men and women of God inspired and equipped to be “Soup Campbell” in the lives of others for the sake of Christ. It’s been seven years, and over 1,000 students from 40+ churches in the Memphis community have been trained through the Downline Institute to be disciple-makers of Jesus Christ.

While we are grateful for what God has done and is doing through Downline in Memphis, it seems to be only the beginning of a much larger movement. In 2011, the Downline Institute training became accessible in an online format and is now available online in HD quality for anyone in the English speaking world who is hungry to know their Bibles and participate in the Great Commission of Jesus Christ!

Today, I am still passionate about Biblical discipleship because I often meet people whose experience in Christ reminds me of mine before I met Soup. They’ve believed the Gospel, made a profession of faith in Christ, and attended a church for many years, and yet don’t really know the Bible, don’t know how to walk with Jesus, and don’t know the depth of life in Christ that the Gospel offers. Almost all of them have never had a Christ-like model to follow and learn from in the context of a real relationship. They’ve never heard those sweet words, “follow me, and I’ll show you how to follow Him.” Through Downline Ministries and the willingness of wise Christians and church leaders around the country and the world, we are working to change that.

By the grace of God and the willingness of Soup, discipleship and lifestyle teaching changed my life – I pray that it might change yours as well.

For more information on how to be a disciple or become a disciple-maker of Jesus Christ, check out www.downlineministries.com and read about the Downline Institute Online. Alsocheck out the first of its kind customizable curriculum resource, Downline Builder, at www.downlinebuilder.com

Kennon Vaughan is founder and director of Downline Ministries, a ministry that seeks to encourage a restoration of biblical discipleship in and through the local church. Kennon speaks powerfully to the heartbeat of the Great Commission and loves to offer training on both the principles and practical of making disciples in the contexts of home, church, and marketplace. He can be followed on Twitter at @kennonvaughan. 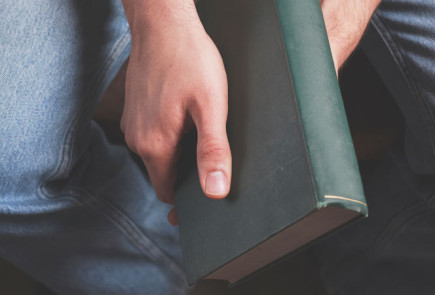 Soup Campbell and the Unlikely Disciple
144 Comments
Leave a response