Learning to Walk with God, Because He’s in Control

by Ines FranklinOctober 10, 2016
0
Now Reading
Learning to Walk with God, Because He’s in Control

I love my grandkids, so far four boys and three girls, and one on the way. I’ve been remembering what it was like when my grandson Benjamin was starting to walk. One day, he recognized that he could waddle away from his mom. This sweet baby became an active toddler. He was eager to try out new things. He got into cabinets. He climbed couches. He opened drawers. Maybe in the back of his mind he knew,”Mom can’t see me, and I can get away with touching this thing, even though she said ‘no’ three times.” But at the same time, he was probably thinking, “Mom’s there, because she’s always there. And as soon as I need something and I cry, she’ll save me.”

So often we have the same sort of independence from God. In our eagerness to be self-sufficient, we dismiss that God is with us all the time. We forget that he’s the One in control. That he sees everything. But, as soon as things go wrong, when disaster strikes, when we are at the end of our rope, we run to God and are quick to cry out to him.  There are moments in our lives when we discover that we are more fragile and more dependent on God than we want to accept. The terrorist attacks on September 11, 2001 resulted in a profound religious jolt to our nation. Thousands were killed and many others injured and traumatized by a cruel act. For millions of Americans, the immediate response was to drop to their knees in prayer. The remarkable loving nature of our Heavenly Father is that he listens to our cry for help, even if we have been disobedient.

In Psalm 18:6, the psalmist says, “In my distress I called to the Lord; I cried to my God for help. From his temple he heard my voice; my cry came before him, into his ears.”  The psalmist experienced God’s mercy and so can we.

I love the story of the Israelites, because they made mistakes again and again, and yet God, though he disciplined them, still loved them.

I cherish it because through their story we see how God’s mercy toward his children is unending.

“The Israelites did evil in the eyes of the Lord; they forgot the Lord their God and served the Baals and the Asherahs. The anger of the Lord burned against Israel so that he sold them into the hands of Cushan-Rishathaim king of Aram Naharaim, to whom the Israelites were subject for eight years. But when they cried out to the Lord, he raised up for them a deliverer, Othniel son of Kenaz, Caleb’s younger brother, who saved them.” Joshua 3:7-9

When you read the book of Judges you’re going to find these words several times: “Again the Israelites did evil in the eyes of the Lord.” We see this cycle happening over and over, so God has to correct them. God corrects his people by putting them under the oppression of other nations. From their place of pain, they call out to God. The people of Israel cry out, and God listens to their cry. We are God’s children, and as a loving Father, he hears our cry; even when our pain is our own responsibility. Remarkable!

When my grandson Benjamin goes the wrong way and he bumps his head, he cries out to his mom. Though she might be in another room, it does not take long for her to quickly be with him. Just like when Benjamin touches something he’s not supposed to, his father also doesn’t give up on him or abandon him to hurt himself. He stays committed to him, even when he tries to run away.  In Jesus’ words, “If you then, though you are evil, know how to give good gifts to your children, how much more will your Father in heaven give good gifts to those who ask him!” (Matthew 7:11)

God’s character is shown by how he behaves. God is in control. He is faithful. Even when we disobey.

In Joshua 4, we read a story of yet another time when the Israelites “did evil in the eyes of the Lord.” This time, God raises a woman to lead his people.

“Now Deborah, a prophet, the wife of Lappidoth, was leading Israel at that time. She held court under the Palm of Deborah between Ramah and Bethel in the hill country of Ephraim, and the Israelites went up to her to have their disputes decided.” Joshua 4:4-5

Deborah models how it is that we should respond to God. Understanding that God is in control, she listen for his voice, to hear what he has to say to her, and to then tell it to others. When Deborah is told by God to do something, she immediately obeys.

“She sent for Barak son of Abinoam from Kedesh in Naphtali and said to him, ‘The Lord, the God of Israel, commands you: “Go, take with you ten thousand men of Naphtali and Zebulun and lead them up to Mount Tabor. I will lead Sisera, the commander of Jabin’s army, with his chariots and his troops to the Kishon River and give him into your hands. Barak said to her, ‘If you go with me, I will go; but if you don’t go with me, I won’t go.’ ‘Certainly I will go with you,’ said Deborah. ‘But because of the course you are taking, the honor will not be yours, for the Lord will deliver Sisera into the hands of a woman.’ So Deborah went with Barak to Kedesh.” Joshua 4:6-9

We see the difference between Deborah’s and Barak’s response to God. Deborah is willing, her faith fully put in God’s hands. She’s even willing to go with Barak to the battlefield, whereas Barak’s faith is a faith with conditions.

I can relate to Barak. Barak had faith, but with hesitancy. He said, “Okay. I’ll go, but under my conditions.” Yet, there is a penalty for that. God was going to do something remarkable through Barak and he would receive the honor and the blessing for it. But no longer, because he wanted to do it his way and not God’s.

“Then Deborah said to Barak, ‘Go! This is the day the Lord has given Sisera into your hands. Has not the Lord gone ahead of you?’ So Barak went down Mount Tabor, with ten thousand men following him. At Barak’s advance the Lord routed Sisera and all his chariots and army by the sword, and Sisera got down from his chariot and fled on foot.” Joshua 4:14-15

The Israelites accomplished what God had prophesied through Deborah. The enemy’s army is completely destroyed, and not only that, both the commander of the army and the king are destroyed. The honor for the victory went to a woman, which in those days was a rare occurrence. That was Barak’s punishment. But the war was still won.

When I remember my grandson learning to walk, it makes me think about how silly we must look to God, as we try to control everything.

Just as Benjamin thought to himself as a toddler, “I do it!”, we do too. But his mom was always right there with him, lovingly watching as he tried to exercise his independence, keeping him safe. She’s following him, making sure he doesn’t get into trouble, giving him a context of safety and obedience, even when he says he can do it alone.

Spend some time in your church’s nursery, or observe your own children closely. How are we like little children, and what can God teach you about obedience through them?

What do you need to release to God’s control today?

Do you need to cry out to God? Go ahead. He’s listening.

Ines Franklin
Ines Franklin is the president and founder of Trochia Ministries, an online Christian discipleship ministry. She is a lay teaching pastor at Mariners Church in Irvine. Ines completed a Master of Divinity at Fuller Theological Seminary. She is also a graduate of The Masters Program, a member of The Barnabas Group, and board member of Relevate Group Inc. Her experience includes business management, sales, marketing and paralegal services. Ines is passionate about spreading the Gospel, caring for the poor and helping Christians mature in their faith. She regularly shares her personal testimony of God’s grace and redemption. Ines mentors young women and leads a women's Bible study group. Ines and her husband Jim live in Irvine, California and have a blended family of five children and six grandchildren.
You might also like
FamilyGodBlog
Read More 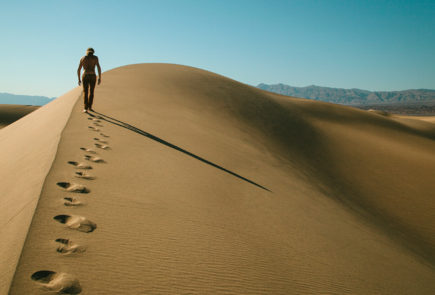 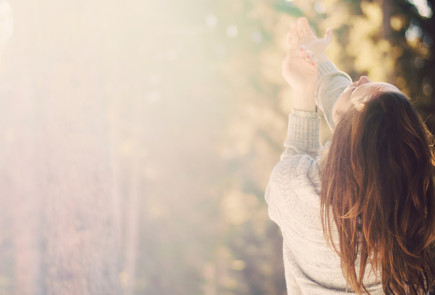 Prayer: The Lord is Near
Read More 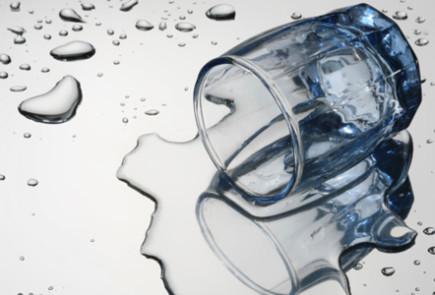 Spilling Water and God’s Grace in my Family
Read More