Often, Christians fall into two categories: those who want to stand for truth above all and those who want to have peace above all. These tips are for those in the first category (and for any others who want insight into that personality type). I must say that I admire you for loving truth, it takes courage to stand for what you believe is right and defend it no matter the cost. But that may be a problem as you try to communicate that truth.

You have come to see the fight for truth as a war that must be won at all costs—a war that takes no prisoners.

Yet, I don’t see that attitude in Jesus, who was (and is) the world’s greatest truth-teller. He said in his prayer for us in John 17: “Sanctify them in the truth; your word is truth” (17) and “for their sake I consecrate myself, that they also may be sanctified in truth” (19). Jesus wanted us to know and stand for truth.

Also, two chapters before (John 15:12-13), he said, “This is my commandment, that you love one another as I have loved you. Greater love has no one than this, that someone lay down his life for his friends.” So truth is extremely important but it must be demonstrated by love. When we sacrifice ourselves for others and love as Jesus did, they are much more likely to listen to and remember what we said.

Jesus didn’t start debates with people over truth, but he stated the truth clearly and defended truth when he was challenged. It’s so astounding that no one ever bothered to argue with him. They only muttered among themselves about how to get rid of him. (If that’s happening to you, let’s hope it’s for the same reason.) Importantly, the main truth Jesus cared about communicating was that he is the Messiah, the Savior, the only way to God. Is this the truth that we observe most truth-telling Christians feel passionate about?

Instead, I often hear truth-telling Christians angrily engaging others and defending their way of life. Many spend all their time railing against issues such as homosexuality and abortion, or, on the other side, Christian feminism and social justice. It’s possible that in both cases your political convictions have become completely indistinguishable from your spiritual convictions.The problem with such truth-tellers is that they’ve forgotten the most important Truth.

If we cling to Jesus Christ, our way of life, social change and political convictions become less important. He is the savior and the king of the world, not us.

Does that mean you can never stand for issues? Of course not. But when you do, remember the following:

1) Snide remarks and put-downs don’t work and are ungodly.

Others are not going to listen to what you have to say unless they respect you or feel loved by you. Ephesians 4:15-16 says: “Rather, speaking the truth in love, we are to grow up in every way into him who is the head, into Christ, from whom the whole body, joined and held together by every joint with which it is equipped, when each part is working properly, makes the body grow so that it builds itself up in love.”

2) Christian unity is more valuable than winning an argument.

Just read Philippians 2  and 1 John 2 if you have any doubts about that. The world will be much more persuaded of the truth of Christ when Christians with opposite points of view on lesser matters demonstrate love as they speak kindly and respectfully to each other.

How do you know what to post or what not to post? One test is to think about someone you know who is not a Christian. Imagine what they will think of your post (both tone and content). Will it draw them to Christ, or will it drive them away? The other option is to post it as a question, inviting others to give their opinions and disagree with you. However, if you do that, you will have to lovingly and patiently give people their say and treat their responses as worthy of being addressed.

4) Keep in mind that you may be wrong about what you feel passionate about.

As a young Christian I felt very sure I was right about a doctrinal or a social issue that I have since changed my mind about. So, listen to what those are saying who disagree with you and ask the Holy Spirit to give you a tender, listening heart so that you can admit when you’ve been wrong.

5) Keep Christ at the forefront of all you say and do.

Knowing Christ and making him known is the most important issue we can address. When Christ talked about truth, he was talking about himself. He addressed other issues, but he always pointed people to himself. If we are going to be truth-tellers, we must also always point to him, the source of truth.

John 14:6-7: “Jesus said to him, ‘I am the way, and the truth, and the life. No one comes to the Father except through me. If you had known me, you would have known my Father also.From now on you do know him and have seen him.’”

JoHannah Reardon
JoHannah Reardon was the managing editor of ChristianBibleStudies.com, a Christianity Today website, for nine years. She is the author of numerous Bible studies that can be found at that site and two series of studies that have been published by Standard and Thomas Nelson. She also contributed extensively to The Couples Devotional Bible and The Everyday Matters Bible. She currently is a contributing writer for GiftedForLeadership.com and the senior editor of The Redbud Post. JoHannah is the author of a devotional called Undone by Majesty and Mystery and a family devotional called Proverbs for Kids. She has also written two fictional series and a children’s fairy tale series. All her books can be found at her website www.johannahreardon.com . JoHannah was a pastor’s wife for 27 years. Her husband, who is her hero, now trains pastors in developing countries. She has three children and six grandchildren at the latest count. Although she loves her work, those little ones have her heart. Blog: http://www.johannahreardon.com/ Facebook: https://www.facebook.com/johannahreardon.blog
You might also like
BiblicalChristians
Read More 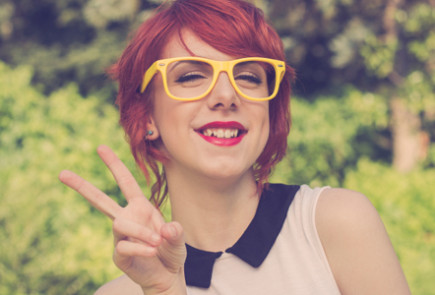