Today, I’ve been thinking about how busy Christmastime can get, and I’ve been reading Luke 2. It’s been a great reminder for me that it was even easy to miss Jesus when he was here on Earth in the flesh – I don’t want to miss him this year at Christmas.

The story I’ve been reading in Luke 2 happened after the Christmas story, about 40 days after Jesus was born. Jesus had already been circumcised, and Mary and Joseph brought him to the temple.

Can you picture this? Joseph and Mary had a very rough time. First, after traveling a long distance, they had a baby in a manger. Now, I know we have this picture of this sweet manger with soft hay, loving animals, happy songs and shinning stars. But it wasn’t. It was smelly, uncomfortable and depressing. It was humiliating. They felt a tremendous amount of rejection because no one would have them and they had to have their baby in a dirty place. Soon after the baby is born they are traveling home again (with a new born, no less!).

They were probably still exhausted from all of this, and now are back in Jerusalem, out of obedience. At the temple they would have to maneuver around vendors of all sorts, people selling animals for the sacrifices, priests hurrying about, people coming just to check it out, maybe even homeless people hoping someone would help them. It’s a crowded, crowded place.

As they walked into this teeming crowd, Joseph wasn’t just worried about protecting Mary – they now had a tiny child. Then it happened. Simeon grabbed the child from her arms.

“Now there was a man in Jerusalem called Simeon, who was righteous and devout. He was waiting for the consolation of Israel, and the Holy Spirit was on him. It had been revealed to him by the Holy Spirit that he would not die before he had seen the Lord’s Messiah. Moved by the Spirit, he went into the temple courts. When the parents brought in the child Jesus to do for him what the custom of the Law required, Simeon took him in his arms…” Luke 2:25-28

If you’re a mom, how comfortable would you be with some older man coming and grabbing your child? That would be a bit scary, wouldn’t it? But Mary’s child was taken from her by a man who was filled by the Holy Spirit. He had been hearing God’s voice and he was responding to that call when he met her in this place. Perhaps instinctively, she let him take the child.

Of all the couples with their babies coming to the temple to “present” their babies, Simeon chose the right one. He was led by the Spirit to Joseph and Mary, and as he took the child said these powerful words, “Sovereign Lord, as you have promised, you may now dismiss your servant in peace. For my eyes have seen your salvation, which you have prepared in the sight of all nations: a light for revelation to the Gentiles, and the glory of your people Israel.” Luke 2:29-32

The words Simon declares over Jesus come straight from Isaiah.

In Isaiah 40, the Lord says, “And the glory of the Lord will be revealed, and all people will see it together.” Simeon points to the fact that this message is not just for Israel; it’s going to be for the rest of the world, for the Gentiles.

In Isaiah 42, listen to what the Lord says.”I, the Lord, have called you in righteousness; I will take hold of your hand. I will keep you and will make you to be a covenant for the people and a light for the Gentiles, to open eyes that are blind, to free captives from prison and to release from the dungeon those who sit in darkness.”

Again, in Isaiah 49:6: “I will also make you a light for the Gentiles, that my salvation may reach to the ends of the earth.”

Joseph and Mary hear who and what their son is to be. Isaiah’s prophesies have come to fruition. Jesus is the Light of the world!

Simeon encourages Joseph and Mary with the truth of who Jesus Christ is, and he could have left it there. But that’s not the whole truth, and this is where we can miss Christmas.

We can look for fun, the lights and the pretty things, but there’s more to the story.

“The child’s father and mother marveled at what was said about him. Then Simeon blessed them and said to Mary, his mother: ‘This child is destined to cause the falling and rising of many in Israel, and to be a sign that will be spoken against, so that the thoughts of many hearts will be revealed. And a sword will pierce your own soul too.”

Mary is holding a child who will be rejected, a child who will divide those who believe from those who don’t, a child who will suffer greatly. In Acts 26, Paul said, “I am saying nothing beyond what the prophets and Moses said would happen—that the Messiah would suffer and, as the first to rise from the dead, would bring the message of light to his own people and to the Gentiles.” Mary too will suffer a level of anguish no mother ever wants to experience, watching her son be tortured.

These are encouraging words for Mary and Joseph, yes, but they are also frightening. Now I think they need more encouragement than ever, and here comes the next character in the story, Anna.

“There was also a prophet, Anna, the daughter of Penuel, of the tribe of Asher. She was very old; she had lived with her husband seven years after her marriage, and then was a widow until she was eighty-four. She never left the temple but worshiped night and day, fasting and praying. Coming up to them at that very moment, she gave thanks to God and spoke about the child to all who were looking forward to the redemption of Jerusalem.”

Anna is a prophetess, and she says this incredible truth about Jesus and what he came to do. Jesus’ suffering would not be in vain. He was the one everyone was waiting for. He came to redeem his people. Then, after this incredible revelation, it seems like things just go on as normal.

“When Joseph and Mary had done everything required by the Law of the Lord, they returned to Galilee to their own town of Nazareth. And the child grew and became strong; he was filled with wisdom, and the grace of God was on him.”

But Mary and Joseph, Anna and Simeon, knew that something incredible had happened. God had come to earth. Emmanuel. God with us. The Savior has come. The awaited Messiah.

Christmas is not just about celebrating the birth of Jesus, but also about what he came to do. He came to fulfill God’s promise. Salvation! And, Jesus came to send us.

I know many people who don’t think that the Christmas story is relevant anymore. But that’s because they have a limited understanding of it. The crowd around them probably didn’t see Christmas right in front of them, or why it mattered to them. It’s easy to miss it, isn’t it?

Are you going to seek Jesus this season, invite him to be “God with us” in your life? Are you going to marvel like Mary and Joseph at what God is doing in your very midst, at the promises that were made that are being fulfilled?

Are you willing to be used by God to accomplish his purposes?

If you’ve heard God call you to do something, there are some wonderful things about it, but also, we have to admit, some of it seems a bit scary. God’s call might take us to places we never expected to go. It might be the hardest thing we do.

Also, do you notice how God uses the young, he uses the old, he uses the rich, and he uses the poor? He uses every one of us ordinary people to spread his message. Will you be a Simeon or an Anna to someone? Will you speak God’s truth over someone?

“Therefore, since we are surrounded by such a great cloud of witnesses, let us throw off everything that hinders and the sin that so easily entangles. And let us run with perseverance the race marked out for us fixing our eyes on Jesus…” Hebrews 12:1

That is Christmas. Fixing your eyes on Jesus, all of Jesus, no matter what the circumstances are for you right now.

Let’s not miss Jesus this Christmas.

How can you be Simeon or Anna to someone today? How can you avoid missing Jesus this Christmas, or how can you encourage someone else with God’s truth?

Ines Franklin
Ines Franklin is the president and founder of Trochia Ministries, an online Christian discipleship ministry. She is a lay teaching pastor at Mariners Church in Irvine. Ines completed a Master of Divinity at Fuller Theological Seminary. She is also a graduate of The Masters Program, a member of The Barnabas Group, and board member of Relevate Group Inc. Her experience includes business management, sales, marketing and paralegal services. Ines is passionate about spreading the Gospel, caring for the poor and helping Christians mature in their faith. She regularly shares her personal testimony of God’s grace and redemption. Ines mentors young women and leads a women's Bible study group. Ines and her husband Jim live in Irvine, California and have a blended family of five children and six grandchildren.
You might also like
ChristmasholidaysBlogStory
Read More 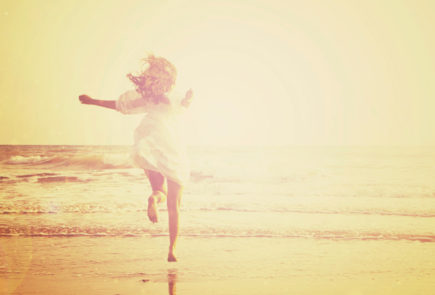 Searching for Happiness, or Joy That Comes From God
Waiting with Joy and Hope in the Advent Season
Read More 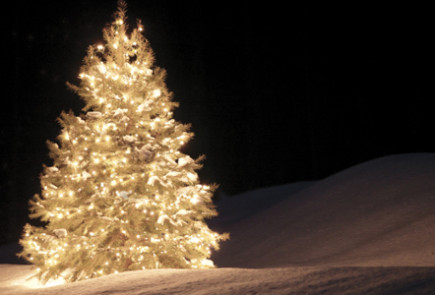