The course of everyday life had left me feeling hurried and exhausted.  Between work, family, friends, hobbies, charity, social media and a phone that seemed glued to my body, there was truly no rest for the weary!  Plus, I had willingly taken on responsibilities at church –attendance, bible study, small groups and service, which kept me even busier. It’s no wonder that I couldn’t hear God’s prompting, his still small voice, amidst the chaos and clutter of my life.

So could you ever imagine that the cure of exhaustion would not be found lying on a beach, but rather traveling to northern Spain and walking (yes, walking!) an ancient pilgrimage: El Camino de Santiago de Compostela, translated The Way of St. James?

Twenty years ago I read about this Christian pilgrimage in a magazine and added it to my bucket list of experiences that I desired in my lifetime. I was intrigued by the notion of a modern-day pilgrimage that dates back more than 1,000 years.  During medieval times, thousands of pilgrims walked The Camino, mostly from France, to reach the Tomb of the Apostle St. James the Great; the remains of the apostle James are enshrined in the Cathedral of Santiago de Compostela. Over the centuries, millions of people have walked the Camino as a form of spiritual growth, and someday, I hoped to do it too.  A Franciscan monastery in Santiago commemorates that St. Frances of Assisi also walked The Camino in the 13th century.

Today thousands upon thousands of Christian pilgrims still walk the Camino, all for different reasons. My reason for walking was my exhaustion.

I was so very tired and in desperate need of a fresh touch from God; so desperate that I was willing to travel 6,000 miles and spend two weeks of my life just to find Him.

I chose to walk the Camino Frances (or the French Path) as it is the most popular and the route is exceptionally well marked; that gave me comfort as I was traveling alone.  The whole journey takes about six weeks and is approximately 500 miles, beginning in the south of France and ending in northwest Spain. The walk journeys through numerous small villages, some dating back to the 10th century, a few towns and even some fairly large cities.  Pilgrims wander through beautiful countryside, farms and forests, and also along dirt roads and major highways, over bridges and alongside streams, and even along the perimeter of an airport.

I chose to begin my journey in Leon, Spain, about 2/3 into The Camino, primarily because I only had two weeks to walk. I knew in my heart that God would be there, on the path, to greet me and tarry with me. There were all sorts of fears leading up to my departure – was I physically up to this rigorous exercise, could I pack a small backpack that had all I needed for three weeks, would food and bathrooms be accessible, would I fall prey to illness or migraines?

However, my hunger for God quickly eclipsed any rational, or irrational, objections to my walk on the Camino.

Two months before my walk, I had felt promptings from the Holy Spirit to clear my calendar the month before my departure. I decided not to commit to new endeavors, but certainly activities like Bible study and prayer groups should be fine, or so I thought.

One month before I planned to leave, I became very ill, so ill that I was not sure that I would be able to go.  At that point, I heeded the Holy Spirit’s prompting and completely cleared my calendar of all activities. In that time, I was able to rest and recuperate, physically, emotionally and spiritually.  Even still, I wasn’t sure I had the strength to make the arduous journey.  Two weeks before my departure date, I received a daily devotion titled, “Stepping Out in Faith”.  The first lines read,

“Unless you’re willing to take risks you won’t succeed in life. Yes, there’s a time for playing it safe. But when caution becomes a lifestyle, you get bogged down in mediocrity and failure while life passes you by. When you finish praying, searching the Scriptures and listening to godly counsel—you’ve got to step out in faith.”- Daily Devotion by Lutheran Church Charities, May 16, 2014

This devotion reminded me that “If God is with me, who can be against me?”(Romans 8:31),  and “ For I know the plans I have for you,”declares the Lord, “plans to prosper you and not to harm you, plans to give you hope and a future. Then you will call on me and come and pray to me, and I will listen to you. You will seek me and find me when you seek me with all your heart.“(Jeremiah 29:11-13).

The Scripture I leaned on most for my exhaustion was this one:“Come to me, all you that are weary and are carrying heavy burdens, and I will give you rest. Take my yoke upon you, and learn from me; for I am gentle and humble in heart, and you will find rest for your souls. For my yoke is easy, and my burden is light.”(Matthew 11:28-30).

That was all the reassurance that I needed. I did trust in God!  God had been faithful in healing me during my month-long convalescence. I had known since 1994, ever since I read that article, that I was supposed to travel The Camino. Now was the time, and I was either going to step out in faith, or stay home, play it safe and miss God’s blessing.

Where are the places in your life that you are playing it safe? Is now the time to trust that God has your best in mind and step out in faith?  The journey is worth it, as I can attest.

In the coming weeks, I’m excited to share more about what I learned on the Camino and what God taught me through my journey. But for now, consider: what is the Camino experience that God is patiently waiting to take you on?

Amy Hemseri-Sabala
Hi, I'm Amy. A few years ago, I left a successful business career to pursue her ministry call and earned a Masters in Divinity from Fuller Theological Seminary. I now serve Church Resource Ministries as their Vice President of Finance & Administration. I'm currently seeking a pastoral call in the Presbyterian Church (USA), and serving on the board of directors of the Birkman Foundation. I am so grateful for the guidance of God in my life, and I'm passionate about mentoring and discipleship. I'm also the proud mom of my grown son, James, and am working with my golden retriever, Spice, to become certified as a therapy dog. I love my home and life in Huntington Beach, California, and delight in traveling internationally whenever possible.
You might also like
Amy Hemseri-SabalaCaminoPurpose
Slowing Down and Traveling Light (El Camino de Santiago de Compostela, Part 4)
Read More 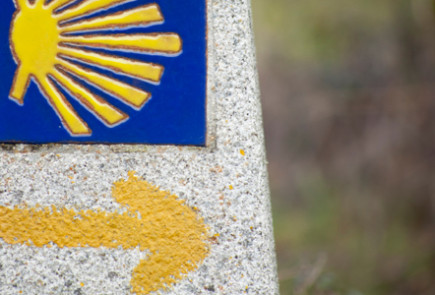 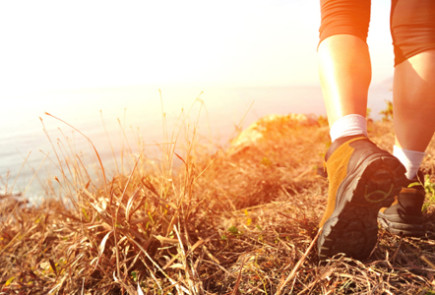 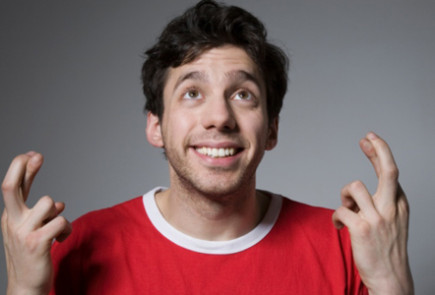 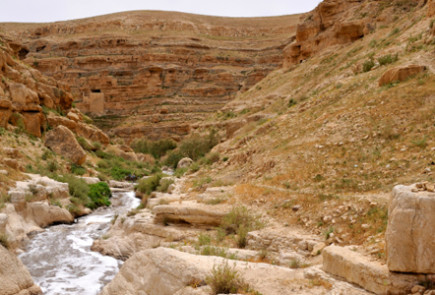