Comparing Two Dreamers, from the Old and New Testament

One’s story is in the Old Testament, the other in the New. But both these dreamers have so much in common, I marvel how God connected the stories. God often does that – connects our post-modern world to historical characters who speak his truth.

The Old Testament Joseph dreamed about position and power – that someday his brothers would bow down to him. His dreams were projections of his future, yet for this Joseph, they represented such a reality, he felt compelled to share them with his siblings.

The New Testament Joseph dreamed that he should take Mary as his wife and save her from scandal and stoning. As he paid attention to his dreams, God guided him. In another dream, this Joseph protected the Messiah by listening to God and taking his family to Egypt.

Oddly enough, the dreams of both Josephs share the setting of Egypt. The grown-up Joseph of the Old Testament protected the nation of Israel by inviting his family to move to Egypt where he took care of them and protected them from famine.

With both families, the lives of Jews were saved by moving to Egypt. The future Messiah came from one of those early Israeli tribes – kept safe and preserved in Egypt.

Both Josephs paid attention to their dreams. When they sensed God speaking to them, they obeyed. The salvation of the Jews depended on their obedience and following the plans of God.

With both dreamers, someone had to move. The tribes of Jacob, along with their livestock and their goods, moved to Egypt. Because of their move, the elder Jacob spent the end of his days with his beloved son. By accepting Joseph’s invitation and moving to another land, Joseph’s brothers experienced grace and forgiveness from the brother they mistreated.

Because of the New Testament Joseph’s obedience in moving the holy family to Egypt, baby Jesus stayed alive. Eventually, this same child offered grace and forgiveness to the entire world.

God had something good planned after these characters spent time in Egypt. When the Old Testament tribes left Egypt, they headed for the Promised Land. They took the gold and silver of Egypt, plundered the same country that sheltered them then later enslaved them, yet with God’s providence, they headed right through the sea and toward the blessing.

For Joseph and Mary, when they left Egypt, they headed back home where they raised Jesus and then the rest of their children. It must have been a wonderful homecoming for them, leaving in disgrace because of the shadowy pregnancy – then returning with a healthy baby and their intention to raise him as a righteous man.

In order for both of these stories to culminate, somebody had to wait. Joseph waited in prison for several years. He waited to be remembered and released, then later served in Pharaoh’s court where he gained the freedom and the power to gather his family.

Joseph in the New Testament waited for the right time to take Mary as his wife. He waited in Bethlehem until after the wise men found them and presented their gifts – which helped to support the family. He waited in Egypt until God said it was okay to return home.

For both dreamers, patience no doubt grew as a byproduct of obedience.

We can learn many lessons from the stories of these Josephs, paying attention to the many ways God speaks to us through dreams, and of course, through his word.

We may need to wait in order to receive God’s best guidance, yet sometimes we may be asked to move. And as scary as a move can be, if it’s prompted by God – it often results in a blessing.

It was the Old Testament Joseph who said it best as he offered grace to his brothers, “Don’t be afraid. Am I in the place of God? You intended to harm me, but God intended it for good to accomplish what is now being done, the saving of many lives” (Genesis 50:19-20).

Both these dreamers remind us that sometimes we need to live a while in our Egypts so that God can save us from something then save us for something better.

What do these Old and New Testament Dreamers have in common with you?

RJ Thesman
Hi – I’m Rebecca, but my byline is RJ. I live in the heartland of Kansas with my grown son and an elderly cat. As a Certified Christian Life Coach, I love helping my clients move forward in life, discover their core values and the gifts God has given them. Because my primary spiritual gift is teaching, I have seen God use that gift to mentor women from all walks of life and demographics. I have been mentored by older and wiser women so I know the value of the mentoring relationship and how we grow together. As a writer, I enjoy the creative process that merges truth with story, and I’m always searching for that perfect “word.” My personal blog is www.RJThesman.net, and I’d love for you to follow me there as well as here on Trochia. I’m also a gardener and a lover of blueberries – especially on cheesecake.
You might also like
DreamsEditor's Pick
Read More 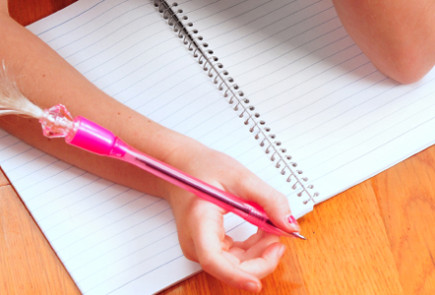