Does the Bible Teach that Respect is Earned or Freely Given?

by Ines FranklinMarch 28, 2016
0
Now Reading
Does the Bible Teach that Respect is Earned or Freely Given?

Before I took my first baby steps, my father moved out of our home and left my pregnant mother to raise seven children on her own. My siblings and I visited him a handful of times, but I never developed a relationship with him. Whenever people inquired about him, I responded, “I don’t have a father.” My tone quickly ended those conversations, and my attitude showed my lack of respect for him. After all, I thought, how can I respect a man who ushers his children to a life of poverty, both emotional and financial?

I believed that I didn’t have any obligation to show respect to someone unless they earned it. Our culture agreed with me: we respect people who are inspiring, possess admirable talents or reach respect-worthy positions in the public eye.

But what if people don’t have to earn our respect? What if respect is given to us by God?

The Bible teaches that we ought to respect others, not because they’ve earned it, but because God respects each one of us and commands us to do the same.

Simon Peter was strong-willed, outspoken and at times impulsive, but he was one of Jesus’ closest friends. Although Peter was not a perfect man, he devoted his life to the teachings of Jesus.

This is what Peter tells us about respect:

“Show proper respect to everyone, love the family of believers, fear God, honor the emperor.” 1 Peter 2:17

The apostle Paul had similar things to say about respect:

The Greek word Peter and Paul use for respect (timé) means to give value, make heavy or weighty. Both Peter and Paul teach that we should respect every person. Notice that neither apostle gives any pre-requisite conditions, restrictions or guidelines to this respect.

This is a challenge for me, because for years, I struggled to respect my father. Today, I can think of at least one other person in my life whom I struggle to respect. I am uneasy about giving respect to someone who I don’t feel deserves it. Yet, I choose to take this command seriously because I believe that God’s Word is powerful and true. When I look through Scripture, I notice that it is constantly teaching us about the importance of showing proper respect to others.

My father was not a perfect person. But, I can respect him because he was made in the image of God and is precious to God. Despite the mistakes he made, I can honor him for the esteem, weight and value God gives him.

When we do not show proper respect to another person, we are showing disrespect to our God, who made us in his image.

There’s also another reason I should respect my father, and anyone else who I might believe has not earned my respect. When I think that others must earn my respect, I think I must earn respect as well. So many times, I have forgotten my identity and dignity as a daughter of God. I forget that respect is a gift from God, so I found myself endlessly chasing the respect of others, rather than resting in my identity as a beloved child of my Heavenly Father.

God gives every one of us enough weight and value to send his one and only Son to die the shameful death we deserve and give us life and respect we can never earn (John 3:16-17, 1 John 4:9).

God bestows honor and respect to his children simply because we are his.

We are redeemed and given this incredible gift of respect, so as Christians we should be dynamic examples of respect in our communities. People around us are desperately trying to earn what they already have been given by their Creator – and we have the chance to offer the unfathomable respect and grace of God to them, without asking them to earn it. How beautiful and counter-cultural!

I learned as a little girl that respect can be hard to give. But as I’ve grown in my faith I’ve realized that by the power of the Holy Spirit I can respect others more than myself, even those who’ve hurt me. Every single person, no matter how we may feel about them, is made in the image of God and deserves to be given value.

Isn’t it an amazing gift that we don’t have to earn God’s respect, or force others to earn ours? Instead, we can focus on showing respect to others out of gratitude to our Creator and as a way to demonstrate His love- to our spouses, our parents and anyone we come in contact with throughout our lives.

What would your daily routine look like if you gave respect to everyone you encounter? Would others notice a difference in you?

How would your relationships change if you freely gave respect to others, as God does?

Ines Franklin
Ines Franklin is the president and founder of Trochia Ministries, an online Christian discipleship ministry. She is a lay teaching pastor at Mariners Church in Irvine. Ines completed a Master of Divinity at Fuller Theological Seminary. She is also a graduate of The Masters Program, a member of The Barnabas Group, and board member of Relevate Group Inc. Her experience includes business management, sales, marketing and paralegal services. Ines is passionate about spreading the Gospel, caring for the poor and helping Christians mature in their faith. She regularly shares her personal testimony of God’s grace and redemption. Ines mentors young women and leads a women's Bible study group. Ines and her husband Jim live in Irvine, California and have a blended family of five children and six grandchildren.
You might also like
childhoodFatherBlog
Read More

My Mom, the Peacemaker
Read More 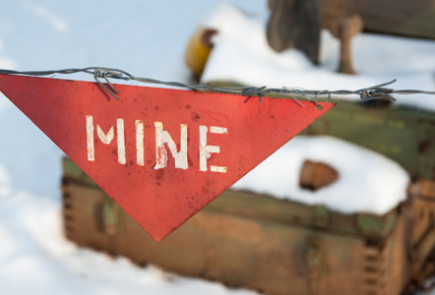